As previously announced, this season will include 40 games, with 28 right here at the Mary Brown’s Centre and 12 on the road. As promised, home games will include series against the National Basketball League of Canada’s (NBL-C) Windsor Express, Sudbury Five and London Lightning. Also visiting will be teams from North Carolina, Indiana, Kentucky and as far as San Diego, California.

Season tickets are still available at mbcentre.ca, and 5/10/15 seat flex packs are now available as well.

Rogue Players are set to arrive January 5th, with the first practice being January 7th, ahead of the opening weekend January 20th and 21st. TBL President David Magley commented “There’s a buzz that’s going on in North America right now for TBL, and Newfoundland is a big part of that.”

Finally, the Rogues will be participating in this year’s Downtown St. John’s Parade (Sunday, Nov. 27), joined by a new mascot. 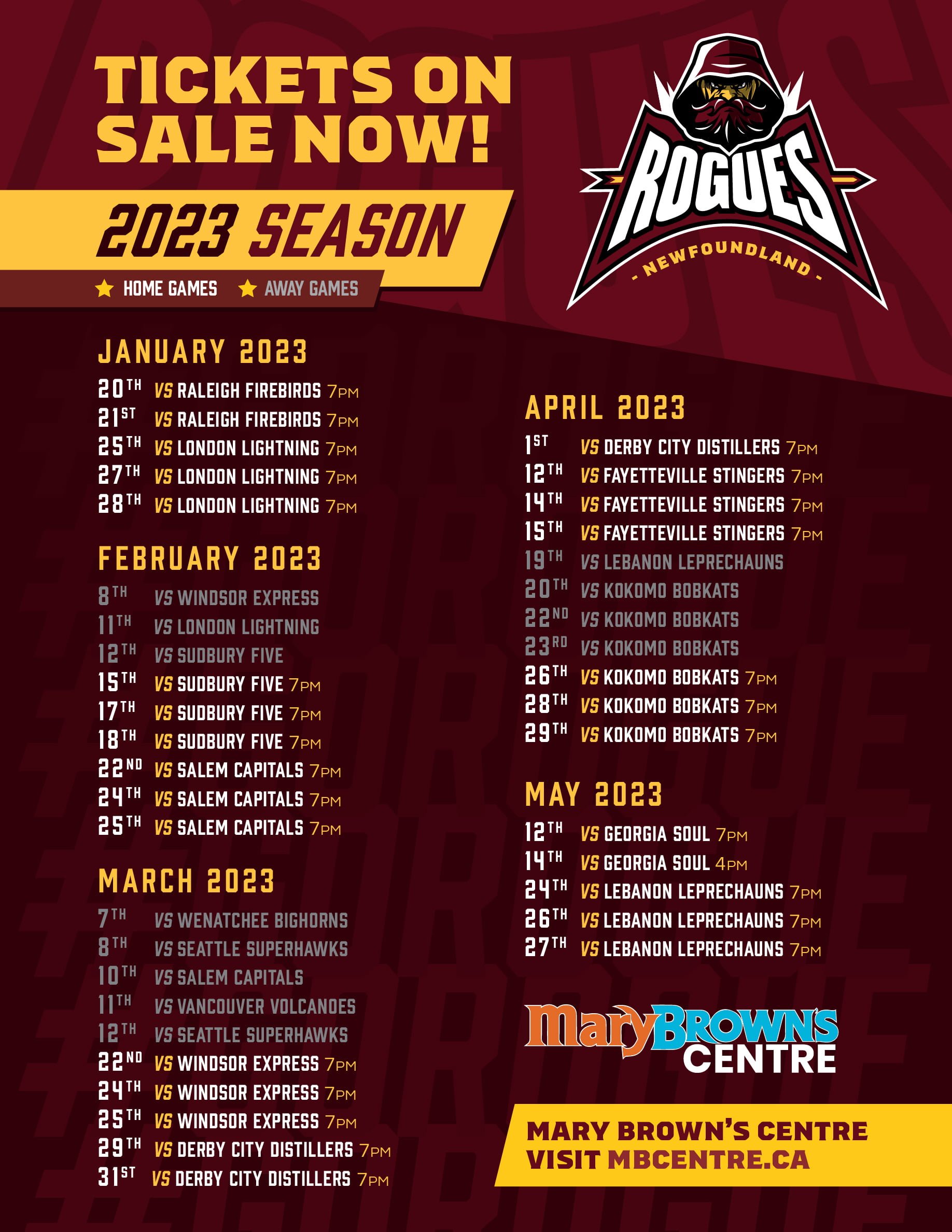