Get Out the Shovels… And The Brooms

ST. JOHN’S, NL – While a winter storm raged outside, the Rogues heated up the Mary Brown’s Center, beating the Raleigh Firebirds 124-121 to sweep the season opening series.

With official paid attendance at 595, a hardy group of fans braved the weather to witness the Rogues put up 124 points in the second match of their two game series against the Raleigh Firebirds.

After a 27 point performance on Friday, Armani Chaney again led the Rogues – this time dropping 33 points, mixing an array of drives and mid-range jumpers to go along with 5/10 from behind the arc. The point guard added 12 assists to record the Rogues first double-double of the season. Otherwise, it was a balanced effort from the Rogues, with seven players finishing in double digits.

The Firebirds were led by Ahmad Abullah who scored an efficient 26 points on 8/10 shooting to go along with 9 assists.

With inclement weather preventing many staff from making it to the arena, TBL commissioner David Magley grabbed a mic and filled the role of in-game announcer.

The Rogues season continues this coming week as they welcome the London Lightning of the NBL Canada to St. John’s for a three game series – Wednesday, January 25th; and Friday and Saturday, January 27th and 28th at 7pm.

The Basketball League is dedicated to delivering a World Class Professional Basketball experience to our communities, our fans, and business partners. TBL focuses on community and positively impacting lives through school visits and clinics. 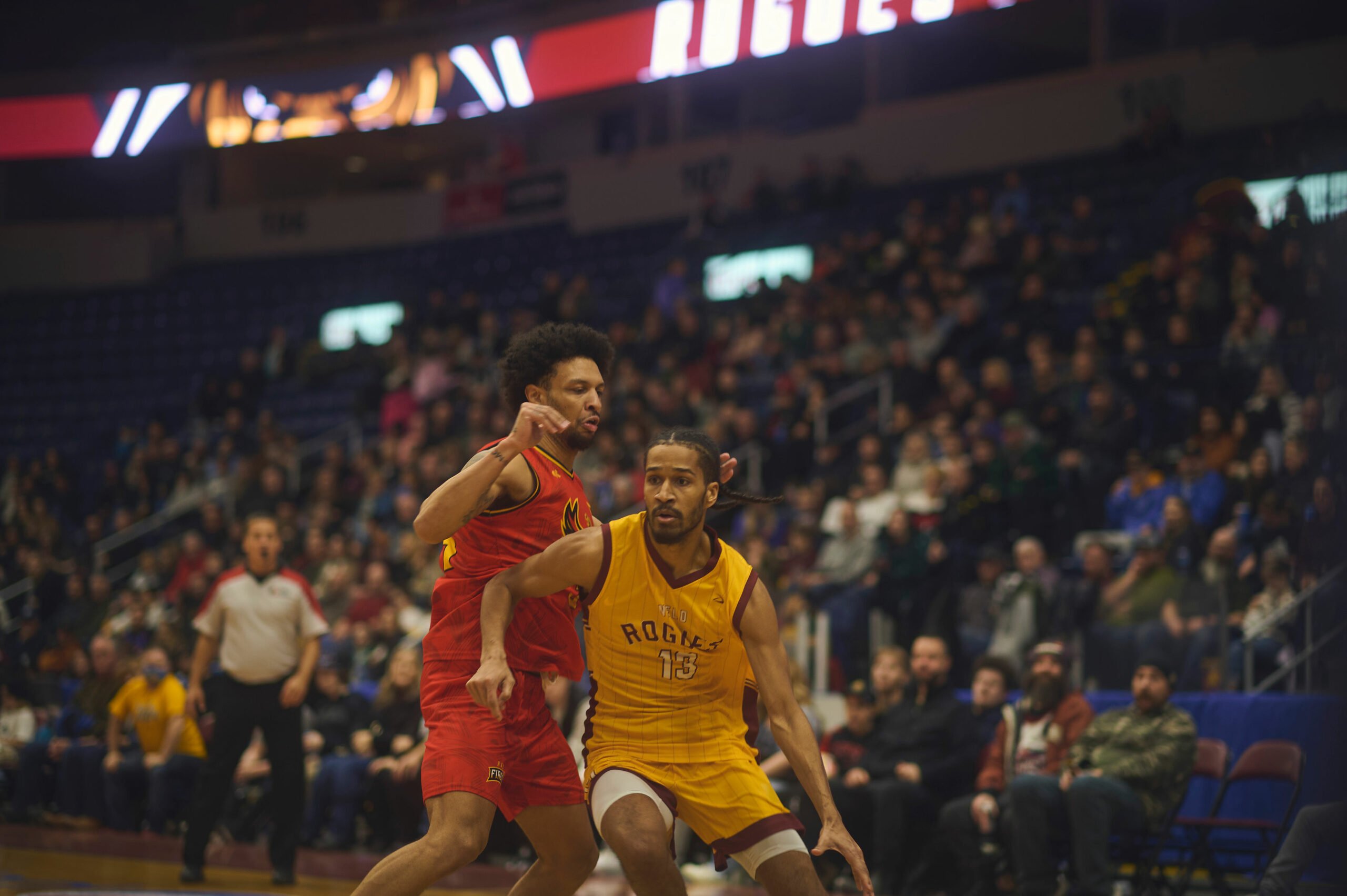