The Newfoundland Rogues kicked off their inaugural TBL season with a bang, defeating the Raleigh Firebirds 104-98, and continuing the franchise’s undefeated streak to seven games (stretching back to last year’s COVID-interrupted season).

Playing in front of a raucous crowd of just over 1,500, the Rogues were led by point guard Armani Chaney. Chaney controlled the game effectively and finished with a game-high 27 points on an impressive array of drives and mid-range jumpers. Returning guard Isaiah Hill and new forward Kenya Brown both made big contributions down the stretch to withstand a furious Raleigh rally and preserve the win.

The Firebirds were led by big man Darius Leonard. Leonard finished with 19 points and 9 rebounds, mixing a bruising post game with an outside touch. But it wasn’t enough for the Firebirds.

With a winter storm bearing down on the city of St. John’s, the teams will look to finish the two-game series tonight, Saturday, January 21st. First 500 attendees on Saturday will receive a complimentary Rogues pop socket. 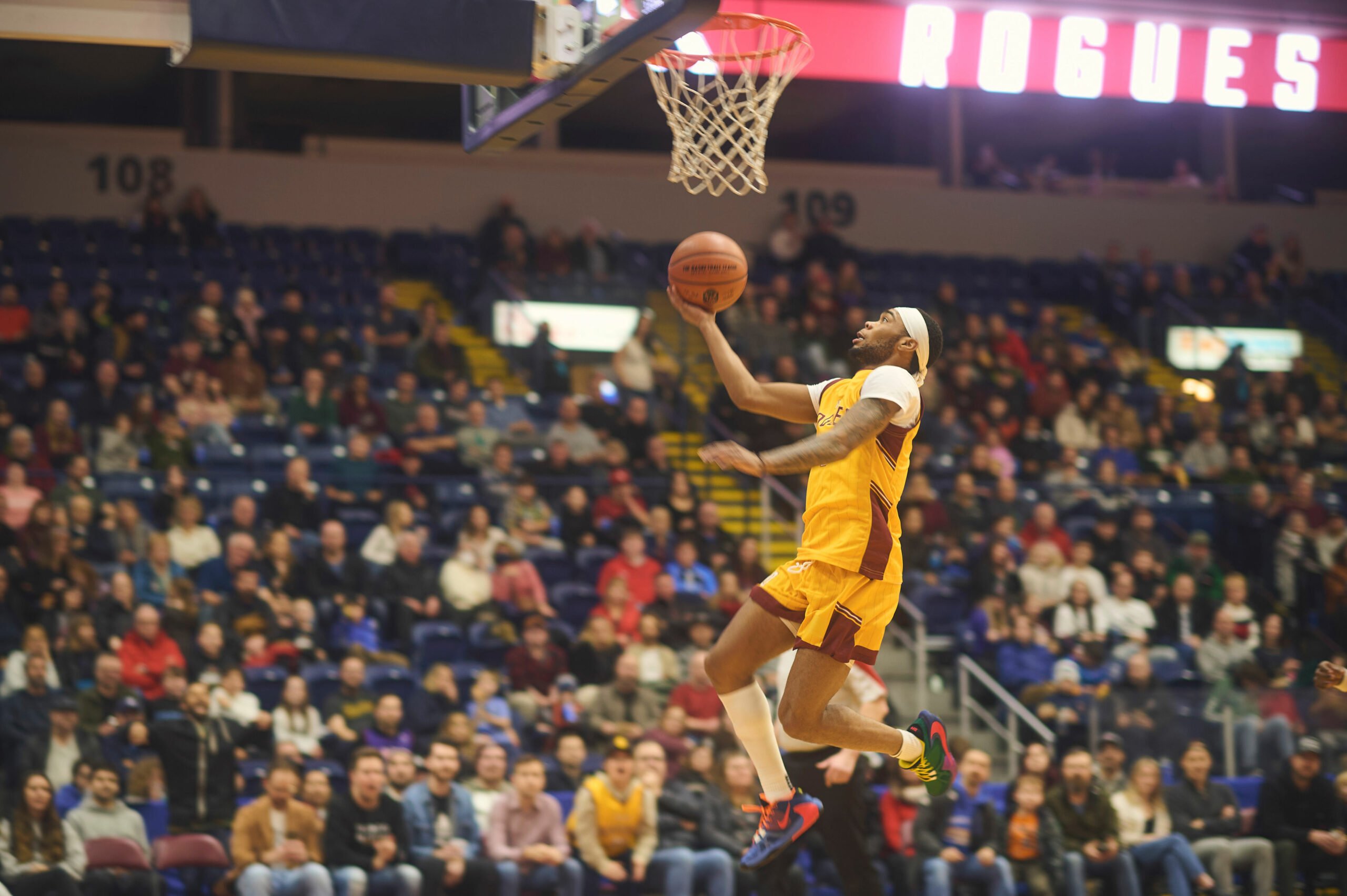